On days when humanity feels small, violent, afraid; when we are killing each other, here and in other countries; when we are stripping each other of our rights; poisoning and raping our children; when it hurts so much to think about who we have lost, who we have maimed, what we have destroyed…it is worth remembering that this is what the universe looks like: 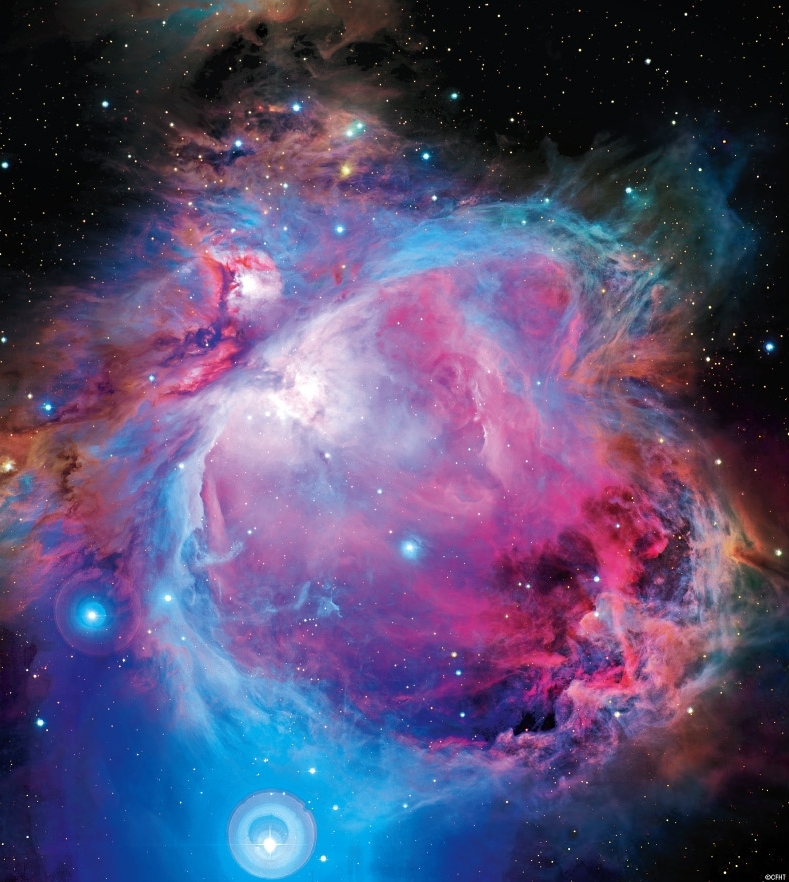 This is the star cluster, NGC 1980 in Orion, as seen through the Canada France Hawaii Telescope, where I once worked for a summer as a college student.  This is what it looks like to our eyes: 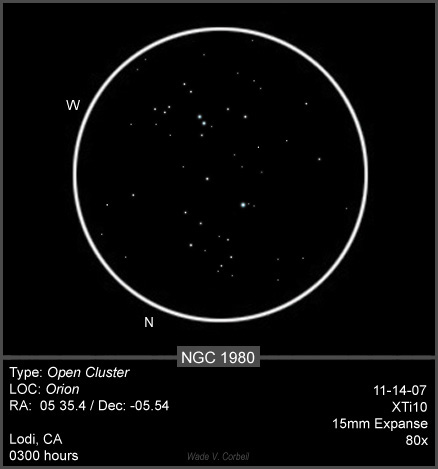 We are bigger, better, more beautiful than we appear to ourselves (even Dove knows that). We can choose to see ourselves, and each other, as we are in truth.

Yesterday, I was on my way to a meeting about the college process for my high school junior when a different experience presented itself.  The man sitting across from me on the subway – seemingly intoxicated, bag in a bottle, belt loops tied together to keep his pants on – stood up and then suddenly dropped, unconscious and face first onto the floor of the car.  There was a crunch (his head) and screams (from some of us around him) and a splatter of blood from a cut above his eye.  There was a pause, a circle created as passengers stepped away; he lay motionless until he reared up, howling, blood on his face and hands, and then there was someone there, crouched on the ground beside him to calm him down.

The man who came to his aid was not a doctor.  He was a passenger who could ask for napkins, who could ask the injured man for his name, his age, who knew to try to keep him conscious; who (whatever you might think of the wisdom of this) held the bloody napkins to his head stop the bleeding until a half an hour later when an emergency medical team finally arrived.  He, and a young woman who joined him, made sure that the injured man knew he was not alone by talking to him, touching him, by knowing instinctively how to live in a world where we are more the same than we are other.  The same world where MTA personnel are prohibited from touching anyone, and where some of the other people on the platform used the shock and confusion in the car to grab an empty seat and watch the show.

Just came back from Vermont, where I did a number of readings with Rachel Pollack‘s Shining Tribe Tarot, and this card, the Five of Stones, came up several times.  It meant, variously, You are healed; Healing is coming; Embrace your role as a healer; and Aspects of yourself that you gave up are returning to be reclaimed.  This morning, finally back at my desk, an email from Rob Brezsny’s Truth and Beauty Lab mused on the experience of healing and love by quoting Rachel:

“We cannot predict the results of healing, either our own or the world around us,” she said. “We need to act for the sake of a redemption that will be a mystery until it unfolds before us.”

I look forward to that unfolding. 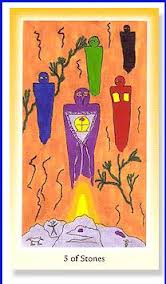 What a fantastic day in Washington Square Park.  So many dancing here, all over the city, all over the world.  Thank you to all the beautiful creatures, men and women, dancing for peace, love, equity, joy, freedom.

One of every three women on the planet will be raped or beaten in her lifetime. That is ONE BILLION mothers, daughters, sisters, partners, and friends. Yet, most of the world remains silent and indifferent. The time has come to put a stop to the violence, and to the silence that surrounds it.

On February 14th, 2013, one billion women and those who love them are invited to walk out, rise up, dance, and strike to demand an end to violence against women and girls.

Watch this beautiful video (I don’t know why I can’t embed it correctly!):  Man Prayer One Billion Rising

And if you are in New York and want to join me and hundreds of others in the flash mob in Washington Square Park, come learn the dance with us:

KJ Grow will be offering rehearsals free of charge and open to all on the following dates:

Other opportunities to learn the dance:

As I put the snow and icicles of Goddard behind me for another semester, I was thinking about the question of whether one can teach writing. I don’t know if we taught it, or whether we simply lived it, all together, for the last eight days. I come home filled by my colleagues who have been writing in the world: Kyle Bass who put together the beautiful Cry for Peace with Ping Chong, drawing on the lives of refugees from the Congo; Susan Kim who has been collaborating on a dystopian young adult series and working with caretakers and medical staff who are supporting our veterans; Kenny Fries, poet/memoirist who wrote an opera this year; John McManus, whose novel-in-progress about gay refugees in Uganda just received a Creative Capital grant…etc., etc. fourteen times for the fourteen faculty who shared the residency with me.

I have also carried with me the work of my students, their questions, their struggles, their imagination, the high bar they set for themselves.  This semester, I asked the graduates for their graduation speeches (at Goddard, every graduate give his or her own speech).  These few snippets will show you why I love Goddard and what makes it special:

They said,       “We are leaving our incredible faculty, brilliant talents themselves, who truly care about the likes of us, who utilize equal parts love and cattle prod…but we’re taking each other.”

If there was a slogan I could put in an ad for Goddard it would be this:

“This place is magic.”