the silence that won’t go away

I think of all the soldiers in my family when I think of Pearl Harbor. . . . But I also mourn the wounds in my family, made by all the things we do not talk about. Like the bitter ending for the young man at the Schofield Barracks: my great uncle, the war hero, who was buried without his Japanese American family around him because the U.S. government, which he fought and died for, would not let them fly from Denver to Hawaii to attend his funeral.

—from “The Silence That Won’t Go Away,” published in The Los Angeles Times, December 5, 1999 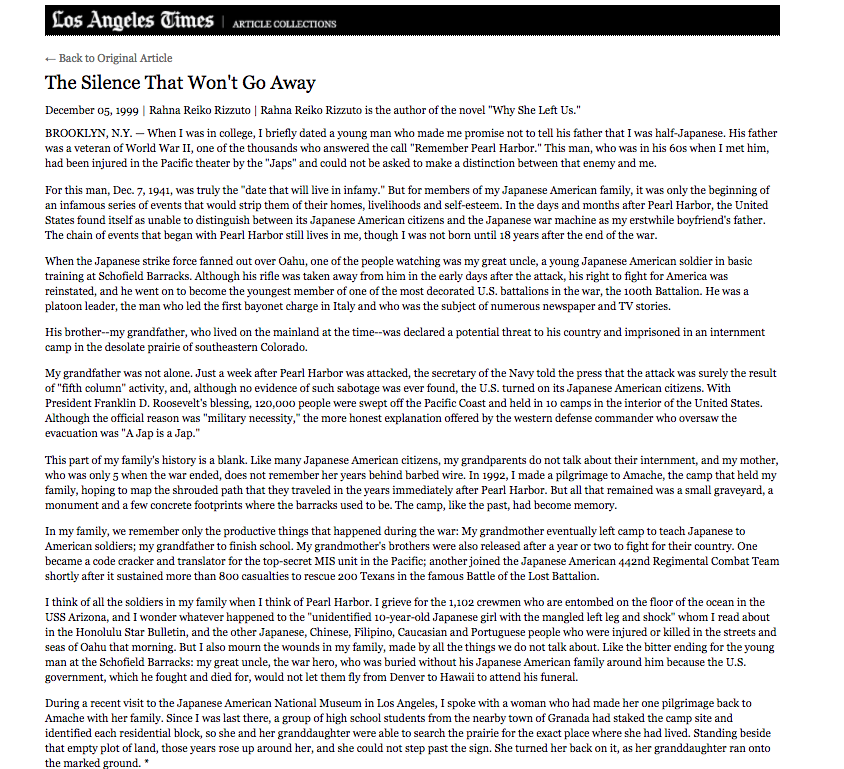