“Is it that old bugaboo, the welfare mom, raised most recently in connection with Natalie Portman? In defending his comments about the actress, Mike Huckabee claimed, “most single moms are very poor, under-educated, can’t get a job, and if it weren’t for government assistance, their kids would be starving to death.” Not true. In fact, according to the Census Bureau, 80% of single mothers work and less than a quarter receive public assistance. But fighting and accusing and attacking is what captures our attention. How many of us were able to escape Ann Coulter’s nationally televised claims that single motherhood is “a recipe to create criminals, strippers, rapists, murderers”? Here is that dire warning about my children being ruined coming back through a bullhorn.

“These are our children she is talking about. Our next generation.”

Read the whole article here, or on the top of the main Divorce page if you get to it today.

A tribute to my mother 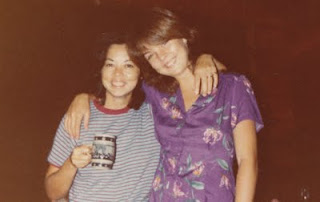 On Salon today, an essay about my mother.  Here’s a sneak peak:

My mother was always there. She was a 1950s housewife, living in the ’60s and ’70s. Whatever my siblings and I needed, she gave: hand-sewn prom dresses; homemade Christmas ornaments; she pulled up a stool and offered step-by-step advice (through the locked bathroom door I refused to open for, oh, an hour) about how to insert my first tampon. When I confessed to her, as a child, that I had stolen candy bars from a local store, she helped me believe life could go on and be righted, and it was that safety, that lying together in my bed, that ensured I would never steal anything again. When I was 15, and broke my arm falling off a runaway horse, careening straight downhill behind my house in the rain, I didn’t cry — it didn’t even hurt — until I laid eyes on my mother.

The Globe and Mail

I’ve done close to one hundred interviews, between research for my three books, Why She Left Us, Hiroshima in the Morning and my next novel just completed, Shadow Child.  Now, I get a taste of my own medicine!  I had a wonderful, spirited conversation with Sarah Hampson, a writer for the Globe and Mail, which went through so many topics in only one hour.  According to her recounting of it, I said my children “don’t annoy me”!

Ha! Well, I probably said it because they don’t.  I love them.  And they both crushed me in Scrabble Slam last night.

On Mother’s Day, her boys will be with her. They will cook pancakes or waffles together. If it’s nice out, they’ll go for a walk through the botanical gardens. “I’m a better mother because I’m not concerned with ‘shoulds’,” she says. “Now that I’m divorced and I have them for specific amounts of time, I can give them my full attention when I have them.”

The full article is here.

Apr 21, 2011 | Events, Hiroshima in the Morning, Motherhood in the Media, The Writing Life

I was  interviewed by Lara Dunning for her blog recently.  My responses are up now.  She asked me a question about the role of visual media (TV and internet) on triggering lost or pushed aside memories within the hibakusha, a question no one has ever asked before.  Here is my answer.  You can read the rest of the conversation on her blog.

“Interesting question! Visual media, and especially the sound that comes with it, is absolutely in-your-face. You can’t put up a nice, safe emotional wall between you and what you are seeing. With words, you can. You can put down the book, but you can also engage your brain to accept the story in a more distant way. And of course, the writer is also making decisions about how to tell the story, so the raw material is already being shaped. But image, and sound, go directly into your brain and your emotions before your mind can protect you. I remember, I think it was a Michael Moore documentary, a black screen where you couldn’t see but could only hear the sound of the 9/11 attacks. That was really powerful.”

Parenting.com asked me to write about the reaction to my motherhood. You can read the whole essay here. Here is a sample:

“What is a woman’s place? Why are we so eager to judge mothers, and ourselves, based on a belief that self-sacrifice equals love? Why is the well-being of children paramount, while the well-being of the mother is not important at all?”

The Moment I Knew 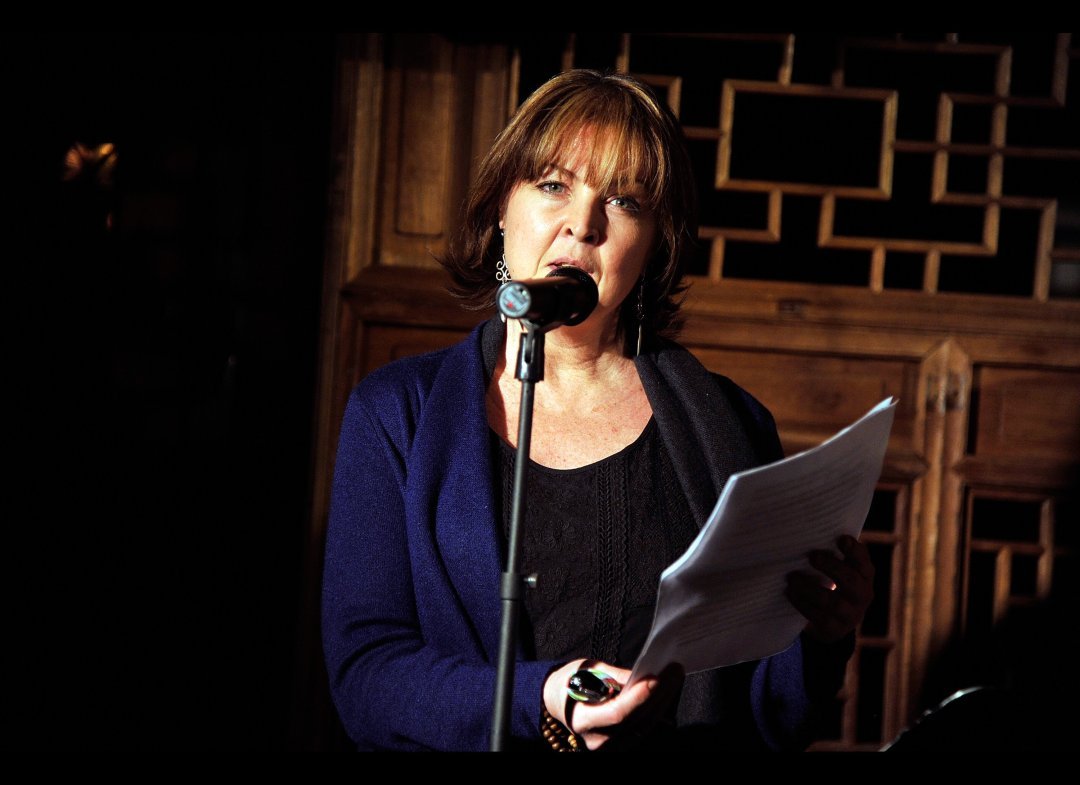 The Moment I Knew Meetup for the Huffington Post

“Two decades together. All of my adult life. Every day of it in relationship, in twinship. In compromise. He wanted to go back to that life; he wanted the last six months erased. And faced with that impossibility, before he could go forward he needed me to define precisely who I now was.

“And that was the problem. Even that. I couldn’t say who I wanted to be. I didn’t know, and the point was that I didn’t want to have to guess and negotiate. I wanted to be allowed to grow, to change, with the assurance that I was still loveable.

“I tried to put that into words.”

There is a short video of the readings here.