Transformation – from life to memoir

At our last residency for the Goddard MFA in Creative Writing in Vermont, we had three amazing and successful alumni return to talk to our current students.  Mary Johnson, author of An Unquenchable Thirst: Following Mother Teresa in Search of Love, Service, and an Authentic Life, spoke with Kenny Fries and me about the pitfalls and pleasures of crafting a resonant, universal story from our daily “here’s what happened next” life.  We spoke for over a hour, and I am pleased to be able to share it with you here.

Here’s a sample from the beginning:

My question (one of many!) to Mary:  “There are those things we are afraid of…that we don’t want to relive.  Could you talk about what you left out of your memoir, and why, and how you got what you did onto the page?”

Mary: “Fear was a big thing for me…putting it down on the page for anybody to see was really scary.  Kenny was my advisor for my first two semesters at Goddard.  I had written a few things…  During one particular packet, I started to write the sex stuff.  And it was really hard for me.  I wrote this piece and I sent it off, and when I came back from the post office, I wrote Kenny an email and said, ‘I just sent my packet to you, please don’t open it.  I will send you another one.’ And he wrote me back and said, ‘Oh! So at last you have finally written something worthwhile!’”

2012.01.11 Transformation From Personal Experience to Published Memoir from Goddard College on Vimeo.

Looking forward to a March 10th discussion in Baltimore on “the intersection of place, time and culture in literature and in the lives of women” with four amazing women:

Leila Cobo, a Fulbright scholar from Cali, Colombia, novelist, pianist, TV host, and executive editor for Latin content and programming for Billboard. She is considered one of the country’s leading experts on Latin music. She is the author of Tell Me Something True. Her second novel, The Second Time We Met (Grand Central Publishing), will be released February 29, 2012. (www.leilacobo.com)

Jacqueline Luckett, author of Searching for Tina Turner and the newly published Passing Love (Grand Central Publishing). She participated in the Voices of Our Nations (VONA) writing workshops and, in 2004, formed the Finish Party along with seven other women writers-of-color. (www.jacquelineluckett.com)

Bernice L. McFadden, author of seven critically acclaimed novels, including Sugar and Glorious. She is a two-time Hurston/Wright Legacy Award finalist. In her new novel, Gathering of Waters (Akashic Books), McFadden brings her own vision to the story of Emmett Till and the town of Money, Mississippi. (www.bernicemcfadden.com).

Linda A. Duggins, moderator from the Hachette Book Group.

A Conversation with Sixers Review

Jan 19, 2012 | Hiroshima in the Morning, Motherhood in the Media, Our Nuclear Age, The Writing Life

Appearing in Sixers Review today, a brief conversation with Goddard MFA graduate, Shokry Eldaly, who will someday be a literary marvel himself when he gets that half-finished novel done. Here is a sneak peek:

“Are you asking what you do when you are asked to conform? You don’t. It’s very simple. Why would you? Why would any person ever think that another person, or a structure (like publishing, or banking!), or a cultural assumption, knows what you need and who you are better than you do? You are the expert on you, and you have an urgency in your own preoccupations that is important for the rest of us to hear about. Otherwise, you become a bad copy of a character that someone else has made up.”

Read the entire interview and take a look at the journal here.

Come join me at Westbeth for an evening of readings, conversation and cocktails. 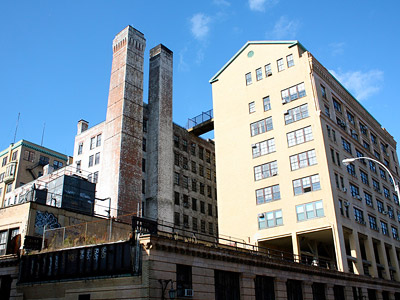 What should you be reading this season? Hear from Sarah McNally of McNally Jackson Books about the runaway hits, the beloved secrets, and the must-reads of the 2011 fall season. Then wander the halls of Westbeth to attend live readings in the homes of Westbeth residents by some of the most exciting authors writing today. Don’t miss this rare opportunity to explore the oldest and largest artist community located in the heart of bohemian West Village, repurposed by renowned architect Richard Meier into 383 living and working lofts. The evening ends with a reception and cocktails.

Blast from the Past

Nov 5, 2011 | Events, Hiroshima in the Morning, Our Nuclear Age, The Writing Life

Here is an interview I did with Rachel Glass for Evergreen Radio/WTBBL in Seattle last year, before the motherhood explosion, when the conversation was really about Japan and the atomic bomb and writing.  It’s quite interesting to go back in time.  When Rachel and I sat down, we discovered, of all things, that her parents knew my parents in the old days in Hawaii.  It is, especially in the islands, a very small world.

The MP3 link is here.

Oct 30, 2011 | Hiroshima in the Morning, Motherhood in the Media, The Writing Life

“What would happen if one woman told the truth about her life?
The world would split open.”

Twenty years ago, Anita Hill sat in front of a Senate hearing and told her truth at the intersection of race and gender. She was publically pilloried by a panel of white men. This weekend, at Hunter College, Anita Hill was celebrated by a sold-out, star-studded conference, whose participants had a chance to thank her for enduring what she has so that women today could stand on her shoulders.

After a full conference day, the evening was filled with stories, in a hot ticket night of performances curated by Eve Ensler. But throughout the day, there was a clear refrain that will resonate with all women writers. What Anita did, and what we all must continue to do for each other, is to tell our stories. Gloria Steinem quoted an Indian saying: “The loss of memory is a source of oppression.” When we forget, or hide in silence and allow others to forget, we literally lose our ability to speak up for who we are. “We are restoring, supplementing, and extending each others’ memories,” Steinem declared about the conference. For me, a writer who has dedicated herself to unearthing other people’s stories, this was the most powerful reminder in an electrifying day.

At lunch, Hedgebrook, the retreat for women writers on Whidbey Island in Washington state, hosted a conversation about storytelling. “When one woman tells her truth,” Executive Director Amy Wheeler said, “sometimes everyone beside her takes a step back to get out of the way.” When my memoir, Hiroshima in the Morning, came out last year and I tried to tell the truth about my motherhood and open a discussion about different forms of happy families and the importance of love, I got my own small taste of the white male panel, which was only interested in shutting me down. Everything I had to say was misrepresented, and at times it seemed like my only options were to accept an invitation from a hostile television show and shout over their slurs (which I decided not to do), or to retreat and be silent.

Hedgebrook was there for me, with their radical hospitality for women writers. The Feminist Press, my publisher, also stood with me. Someone recently asked me, “Was it worth it? What did you gain?” and I have to say that it was worth it to me to get so many emails from women who shared their own stories. From them, I was reminded that we all have similar struggles, though we make different decisions. And if more of us begin to speak up, none of us will have to go it alone.

Twenty years after Anita Hill’s testimony, the immigrant service worker who accused Dominique Strauss-Kahn of sexual assault in New York had her case dismissed as her imperfect past was tried in the court of public opinion. It seems that we have not come as far as we want. But as Steinem also pointed out, her courage to tell her story inspired others to tell theirs, and charges of inappropriate sexual behavior and predation continue to haunt the man who now will not be President of France because one story unlocks the next, and the next. Storytelling is a radical act – I know it, and you know it because you are a writer – but I did not expect to hear that truth reflected back to me so often by so many of the conference panelists, whether they were domestic worker organizers, academics, lawyers or performers.

We women writers need to tell the truth about our lives. It’s not a hobby or an indulgent luxury that we sit down to our desks and write. It is a service, a path-showing, a community we create for others. We also need to support each others’ truth by short circuiting the media and structures that would keep us silent and by sharing each other’s work. As Amy Wheeler said, “It’s not about my voice. It’s about my voice, and your voice, and your voice. We are in it together.”

That’s when the world will truly split open. Keep writing!