Once Upon A Time in Hiroshima 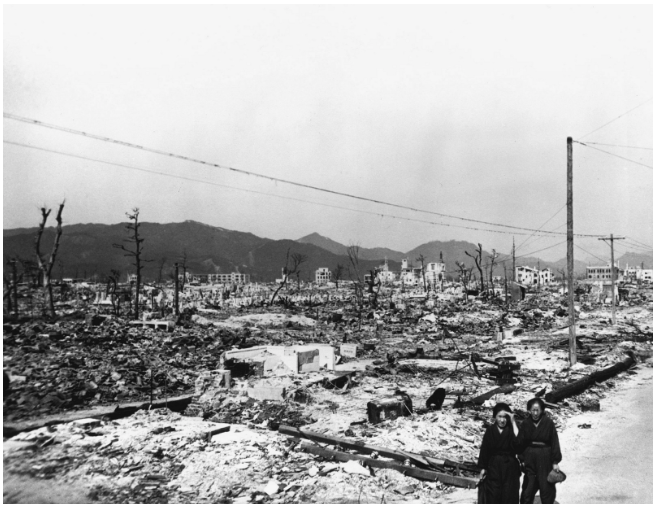 “When I was growing up, I knew very little about Hiroshima, and what I did know was typical of what many Americans knew: that the bomb was a marvelous weapon that saved lives and ended the war. When I was about 30, however, I interviewed my great aunt who had been in Hiroshima with the American Occupation and had seen the destruction first hand. She told me about her experiences as a translator for American doctors who were trying to convince grieving mothers to give up the bodies of their stillborn babies for scientific study. She told me about the disfigured Hiroshima Maidens whose injuries took over 30 surgeries to fix. She told me about the massive American cover-up. She was so angry. I confess, it was too much for me. I couldn’t hear what she was saying then. It was years before I could finally get my head around it enough to see if it was true.”

This is an excerpt from my essay, Once Upon A Time in Hiroshima, featured on Medium.  In it, I reflect on the different stories we tell ourselves, and the different realities we create.  In this cultural moment, there is nothing more important that understanding what truth is, and what cause and consequence are, and in finding the courage to see clearly what we have suffered and wrought.  As the current top highlight on this essay underscores, “We can’t learn from our mistakes if we were never told we made any.”

One of the things I love about Medium is that readers highlight passages that are meaningful to them. Feel free to stop by Medium, read the whole essay, and tell me what you think. Meanwhile, here is the passage that resonates most with me:

“The truth is, we are ordinary. Not super-powered. We are human, and fragile. We make mistakes and we break. Our government may indeed have the ability to bring about unprecedented suffering, but the suffering will fall on humans just like these little boys. Just like my own. Because the one super power we don’t have is the invulnerability to keep the fallout from coming back to strike us.”